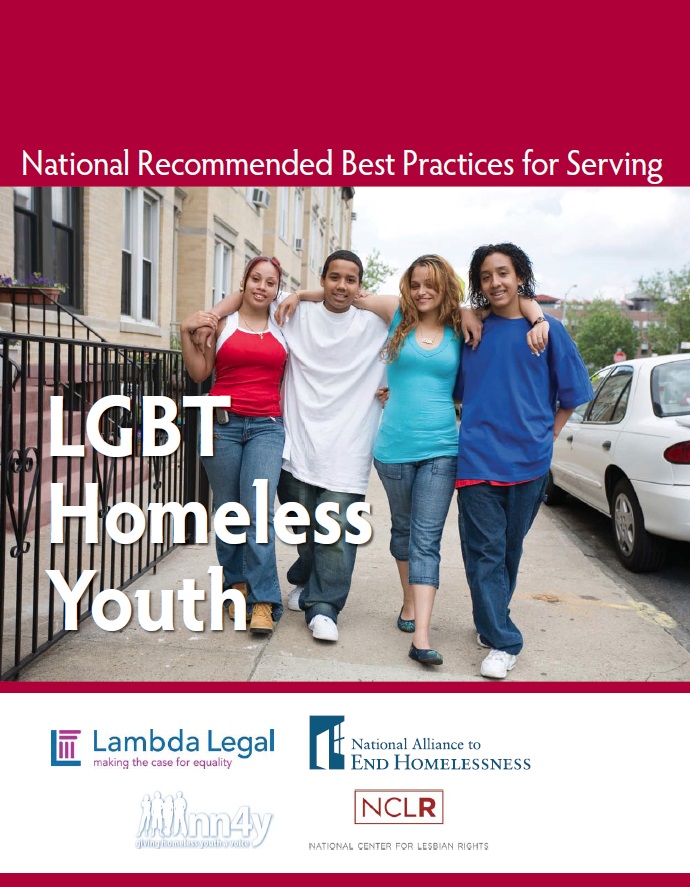 Lesbian, gay, bisexual, and transgender (LGBT) youth are overrepresented in the homeless
population. According to a growing body of research and study, a conservative estimate is
that one out of every five homeless youth (20 percent) is LGBT-identified. This is greatly disproportionate
to the estimated percentage of LGBT youth in the general population which is somewhere between 4 and 10 percent.1 Research indicates that each year, hundreds of thousands
of LGBT youth will experience homelessness. Most LGBT youth become homeless because of
family abuse, neglect, or conflict over their identity. Many homeless LGBT youth were kicked
out of their homes while others ran from foster and group homes because they were mistreated
or harassed.